Other JV missionaries in Hungary 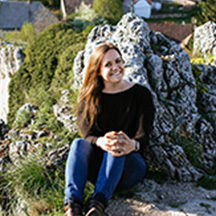 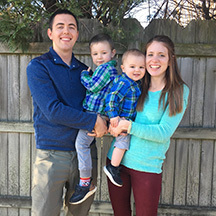 During a span of 946 years, Hungary was identified as a central power in Europe and classified itself as a Western Civilization. Both were jump-started in 1,000 A.D. after declaring allegiance to the Roman Catholic Church. In recent years however, the people of this prominent empire have seen 70% of their territory and 1/3 of their ethnically Hungarian population taken away from them. Not only has the identity of the Hungarian people been drastically altered, but also there are looming feelings of disloyalty and hopelessness. Furthermore, a dead and legalistic version of Catholicism still remains among these peoples (60% of the ten million people are a part of the Catholic church). We have an amazing opportunity to break through historical and religious barriers and influence a nation and its young people for Christ.

Hungary is similar in size to the state of Indiana. It is home to about 10 million people, 2 million of whom live in the capital city of Budapest. Although this nation boasts a long, religious history, only about 3% of its people claim to have an active faith in Jesus Christ. Hungary needs the transforming power of the gospel.

Josiah Venture began work in Hungary in April 2012. God has placed an ever-increasing burden on the Josiah Venture team to see a movement of God among the youth of this country. The initial focus is on developing primary connections with local churches, learning what sets the Hungarian people apart from the surrounding nations, and identifying the most effective way to communicate Christ’s love in this culture. We're asking God to raise up young Hungarian leaders that can lead their nation back to Christ.

God is opening up so many new opportunities for lives to be changed in Hungary. Serving in a new mission field means having the freedom to pursue Hungarian youth in a manner that best serves them. This is something that can be both exciting and require a lot of cultural sensitivity. Please pray for discernment as God assembles a team to serve this country and for wisdom in reaching the youth here.

Tiffany Short Tiffany is so excited to see the ways God continues to move and change lives when young leaders are further equipped to fulfill Christ’s commission through the local church.

Michal Soukup At the beginning of 2019, Michal joined KAM (Josiah Venture’s partner organization in the Czech Republic) to fulfill the vision and mission of Josiah Venture. Michal will build relationships with local churches and youth leaders across Czech to equip young leaders on a weekly/monthly basis.