The Role of Questions in Discipleship and Evangelism

Are questions a significant part of your discipleship and evangelism? Should they be? I think so, and here are three reasons why:

Throughout the Gospels, Jesus asked people 307 different questions while ministering to others. Conversely, he was only asked 183 (of which he only really answered 3). This significant difference tells us that questions were a key tool used in ministry and we should follow that example.

Asking questions involves the other person and gets them thinking. When we ask questions, the other person can’t stay passive in the conversation; they actually have to engage with and think about the topic and their response. This sort of engagement is far more likely to lead to depth and potential change than simply a monologue. As a bonus, asking questions puts the two of us on the same side—trying to figure something out together, shoulder to shoulder, rather than me versus you.

“Being heard is so close to being loved that for the average person they are almost indistinguishable.” — David Augsburger.

Asking people good questions and giving them a space to express and work through their opinions is a sure way to make them feel loved—even if we disagree with them. This is especially true for young people, who rarely feel they have a space to express opinions. Jesus told us to love others well, and this is a relatively simple but not insignificant way to do just that.

Now we need to address how to ask questions well. Let’s start with 5 types of questions and how to use them: Closed, Open, Leading, Clarifying, and Calibrating. 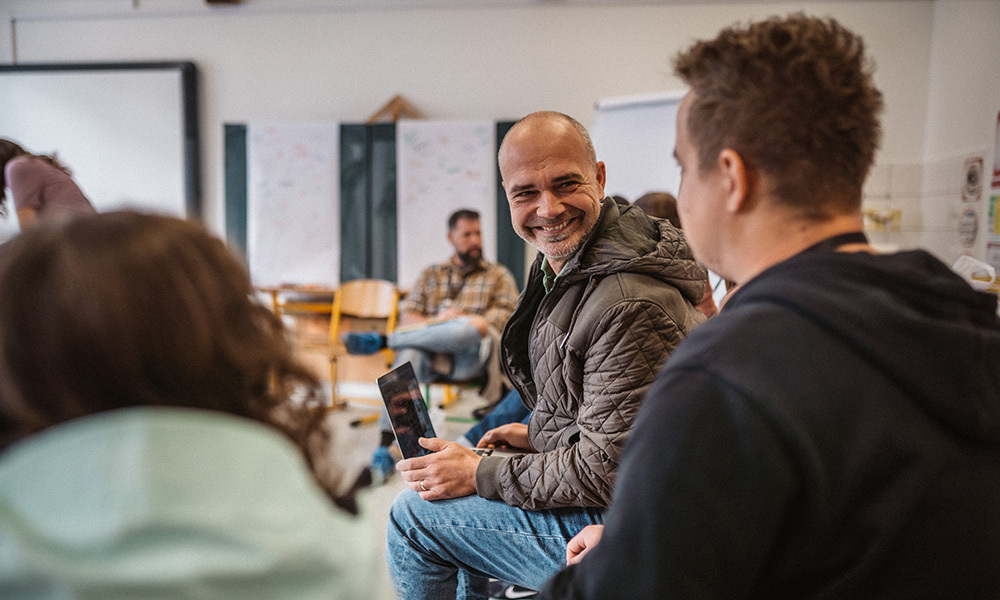 We tend to think of closed questions as bad. They aren’t; they just serve a specific purpose. A closed question can be answered objectively and within a couple of seconds. This obviously includes “Yes” or “No” questions like “Is this your first camp?” or “Do you have any siblings?” but could also sound like “where are you from?” or “what’s your name?”

These questions are also great for giving your conversationalist a short mental break in the midst of more taxing questions, thus providing some rhythm to the conversation, like a good drum beat.

This is the most familiar type of question for most of us. Open questions require more thought and explanation to answer, and they serve to open up the conversation. Said another way, open questions create possibility, allowing our conversation partner to show us where they would like to go in this conversation. Some typical open questions sound like “what do you think about ____?” or “how did you feel when ____?”

Leading questions are especially helpful and kind for teenagers, who biologically often have not yet developed the part of their brain that can make complex plans or analyses on their own. Asking them a good leading question not only helps them think ahead in that area, but also trains their brain to be better at this in general, paying dividends down the road.

People say lots of things, often without realizing what they are actually saying. Clarifying questions verbalize and confirm what is said and also unsaid. Again, teenagers often don’t think down the line of what their thoughts might lead to, so a clarifying question can be key in helping them see where their train of thought is leading.

An example of this could be, when in conversation someone says “I think the idea of God is fine if people need something like that to be okay, but I don’t really need that.”

“Do you mean believing in God is a crutch that some people need?”

“It kind of sounds like you think people who believe in God are weaker than you. Is that true?”

Other clarifying questions often start with “are you saying that ____?” or “do you feel/think ____?” Notice that these are often framed more as closed questions, but most often will be followed up with an additional comment.

As a youth leader, these are actually my favorite questions! Calibrating questions help people (and you!) see where they feel they are. These often attempt to quantify or rate something that till now has been vague. For example, “You say you want to grow in your prayer life. What grade would you give your prayers right now? Why that grade and not one higher or lower?” This gets everyone on the same page and helps people evaluate where they actually are, instead of just feeling way worse (or better) than they really should be feeling. (A natural follow up leading question after they answer this would be “What would it take to improve that grade by 1?”)

Other great Calibrating Questions sound something like “on a scale of 1-10, how do you feel about ____?,” or “if you had 7 points to assign to your feelings about ____, where would you put them?” 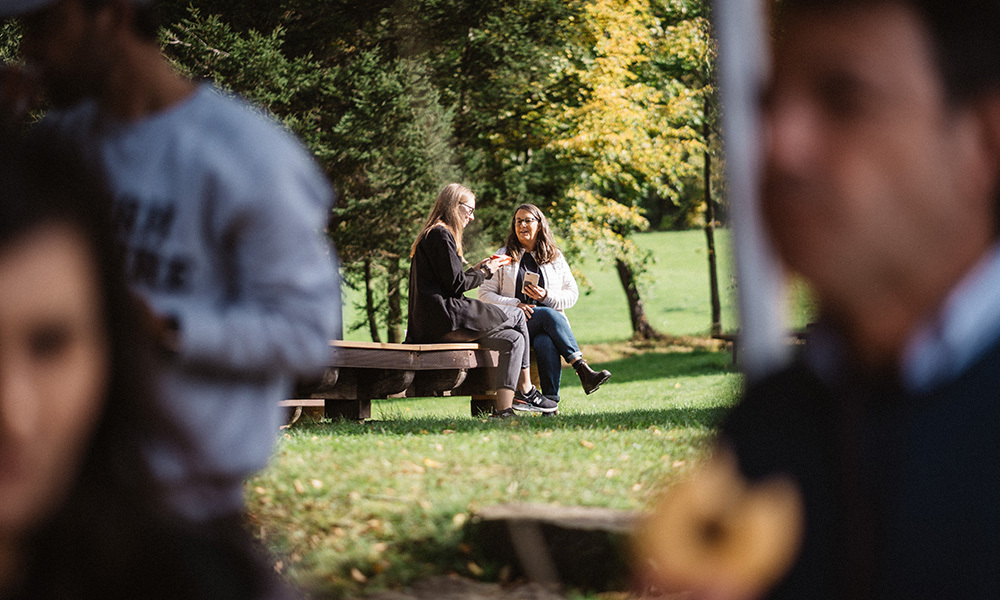 These 5 types all flow together to create a natural conversation. Most conversations will do well to start with 2-4 closed questions, followed by an open question or two, and then just follow up as needed. When something gets really vague, ask a calibrating question. If you are spinning in circles around something, ask a clarifying question, and if all that remains is to start making changes, go for a leading question.

Lastly, here are my 3 tips for question-asking in discipleship and evangelism:

This is stolen from Chris Voss, FBI Hostage Negotiator Trainer. Saying “yes” to someone feels like committing to something, but saying “no” makes you feel safe and in control. A hesitant “yes” often means your conversation partner is trying to think of a polite way to escape, but a “no” is a solid decision and actually is a commitment to stay engaged in the conversation. For example, instead of “Could I take up a couple minutes of your time?”, try “Would you be against us talking for a few minutes?” This is tricky and feels awkward at first, but people are far more likely to respond with a positive “no,” and will even often give more information in the same breath.

Working with teens often means trying to understand why in the world they think that. But, asking them straight up “why do you think that?” will most likely get the response of “I don’t know…” The word “why” is vague —it overwhelms our brains. Instead of asking “why,” try asking “did you do that because it seemed like the most fun, it felt like the only option, it just felt right, or something else?” Giving a couple options makes it way easier for someone to identify what the reason was, or, at the very least, what it wasn’t. This usually helps people more quickly reach the “why” without ever using the word.

This needs to be filtered by the culture you are in, but Gen Z values authenticity very highly. They don’t like feeling manipulated, and they appreciate the breaking of taboos. Most of them long to talk frankly about serious things like sexuality, morals, spirituality, etc., but rarely feel that adults want to engage in such topics. Boldly asking a well-crafted and direct question gives them the opportunity to engage in these topics, and most teenagers will jump at the opportunity.

All that’s left now is to start asking good questions. It will take practice and some awkwardness, but the people in your life will thank you for it. So, go forth and ask! 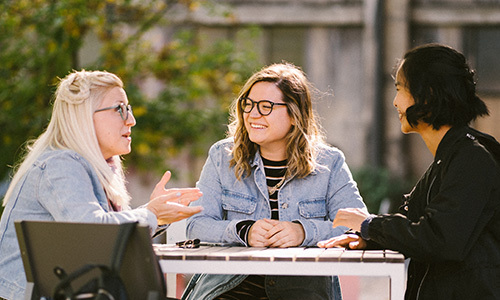 Welcome to the end of 2020. You made it. We know you’re curious, and you want to know how your missionaries handled 2020. Just how did they... Read more 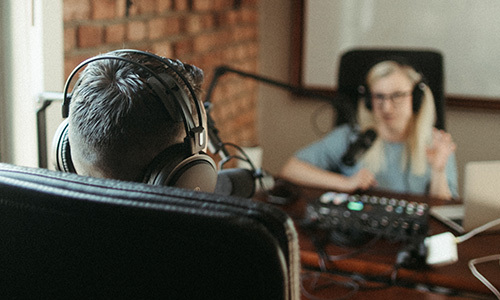 “What podcasts do you listen to?” has become a regular question in my life. Nowadays, you can find a podcast on just about anything from... Read more 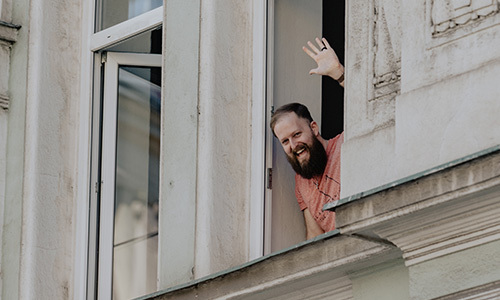 Did you miss it? Do you know what surprised Brooke Stevens in 2020? Did you read what Scott Molvar’s mantra would be for 2020? Do you know... Read more