“God has the ability to change your life’s periods into commas.”

The poised woman on stage described God’s power to transform man’s endings into new beginnings. Listening to her poignant words, it was hard to imagine that Maja Kowalczuk had ever been anything other than a worship leader, with a compassionate heart, clearly in love with her Lord.

Yet three years ago, the now 27 year old’s life looked very different. In fact, it looked like it might almost be over.

“I wasn’t free. I was having an emotional breakdown. I had thought I had value, but now could see that I didn’t. I lost feelings. I said to my mom, ‘I can’t love. I can’t hate. I have nothing.’ All of this brought me to a state where I felt like my life was not even worth living. The best thing for me was just not to exist. I had thoughts of committing suicide because I felt so empty. I couldn’t wake up from my own bed. I didn’t like to go through the days because I felt like I was useless. I had nothing. I was no one.”

Unlike the majority of young adults in Central and Eastern Europe, as a child Maja spent regular time in her church in southern Poland. As a teen, she was a part of youth group and was familiar with Fala, Josiah Venture’s partner organization in Poland.

“I was growing up in a Christian family since I was little. I was in the local church. My parents were baptised in this church. I had wonderful parents who let me discover Jesus, as my own person. They taught me things, but I could think about my own life.”

Describing her beliefs back then, Maja says, “I always heard I was a daughter of God and that was supposed to be my value --that Jesus had died for me on the cross. I was really in love with the idea of Jesus. I really liked Him. I liked that He came down as the true God to save us. I admired that. But I didn’t have a radical heart. He wasn’t the Lord of my life. I didn’t have my own identity in Jesus Christ.” 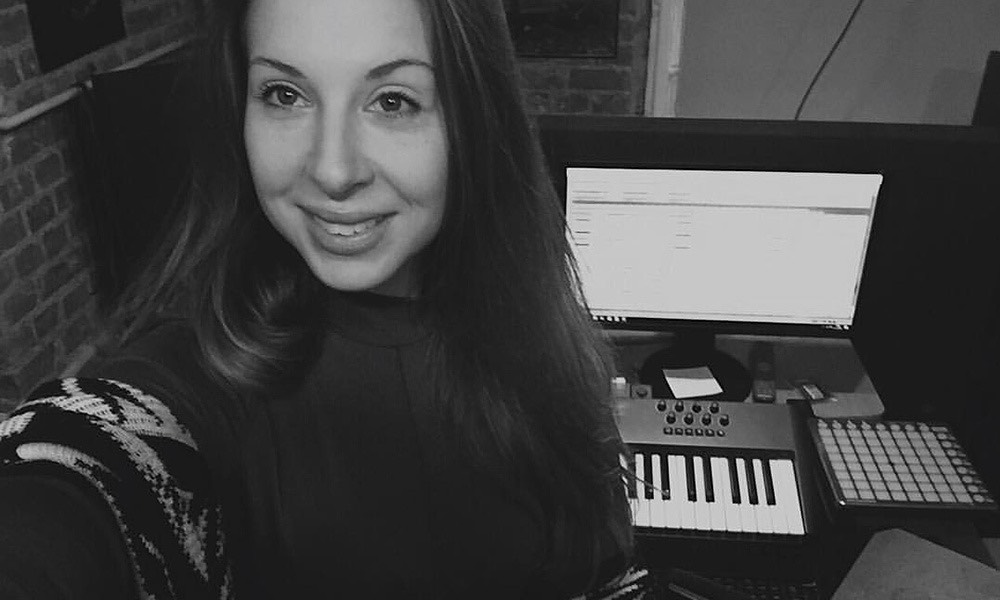 Since her identity wasn’t found in Christ, as Maja grew older it was easy to start looking for her value and purpose elsewhere. “Because Jesus was not the Lord of my life, I made my own decisions. Satan knew my weak side. I wanted someone to love me unconditionally and to protect me, as almost every single girl wants to just feel safe. Because I didn’t find it in God first, I was looking for it in people’s eyes. I was seeking attention through parties, through boys.”

In university, while studying jazz away from home, Maja stopped going to church altogether. “I felt like the people in church were hypocritical, so I didn’t want to be with them. Yet at the same time, I felt that I was bad, so I couldn’t be with them.”

Instead of investing in a church community, she became entrenched in toxic relationships “because every earthly relationship that you’re looking for your value in is toxic. When a boy gave me love or protection, I gave him my heart, my soul, and my body. Sometimes I felt like this was wrong, but I would keep doing it.”

Throughout college and the few years following which she spent in Scotland, Maja says she lost herself. “I stopped being someone who had something to say.” But in hindsight, Maja believes God was speaking to her and taking care of her throughout this time. Every night, Maja’s mother would be praying faithfully for Maja to “return to God’s glory and become His daughter.” And though Maja wasn’t reading it, her Bible was never far away from her bed. “Even when I wasn’t listening, the little voice (that I now know was the Holy Spirit) was saying, ‘Maja, you’re not living the life that I have for you.’”

Prodigal sons return home when they come to their senses. Maja moved back to Poland thinking she would start to pursue music again and make her life better.

“But every day my mom was coming to me with the Bible, the Word of God, and it was like she was cutting my soul with a knife. She said, ‘Maja, you can have a different life. Jesus is saying that He will give back the years the locusts have eaten (Joel 2:25).’”

One day, Maja remembers sitting down and saying to God, “‘I’ve heard about you all my life. I’ve heard that you can truly change people’s lives. If that’s the truth, change mine!’ God spoke to me and I honestly heard His voice. He said to me, ‘Maja, I will. But this time, give me everything; give me all of your life.’”

Over the next three months, Maja learned how to do just that through repentance, acceptance of grace, and thankfulness. “Satan was fighting for me. He was saying, ‘You aren’t worthy of becoming a clean one.’ And I’m not worthy. I screwed up. But the Lord was making me clean because I’m His daughter.”

Another night during this time, Maja remembers laying down on her bed in the fetal position, exhausted. “I said, ‘Oh Lord, it would be amazing if you could just hug me. I know that it’s impossible, but I’m so tired. I’m still fighting.’ What I felt that He was saying to me was, ‘Maja, I’m fighting. I’m fighting for you.’ I felt that someone was laying on my bed and he put his arm around me. He hugged me. I felt this warm feeling, and I truly believe still that this was Him. I could go to sleep because God hugged me.” 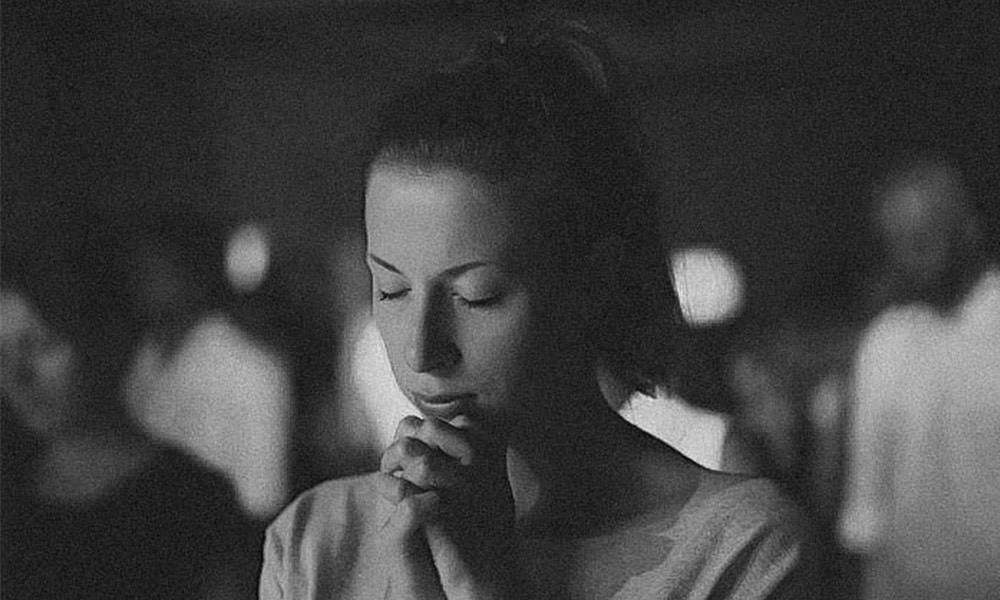 As Maja’s decision to give God control of her life became a part of her story, she says things changed. “He was my daddy who took care of me and who comforted me even with a hug. He was creating my identity. I’m so important to Him that He didn’t want to let go. Because of this love I could do nothing else but love Him and bring Him praise.”

She started reading the Bible more and God provided wisdom from it. God also surrounded her with Christian friends and led her into a life of purpose. Soon Maja was connected with people from church and Fala again and attended a women’s conference on hope in the midst of pain, put on by the JV Poland team.

Today, three years later, Maja regularly speaks and leads worship at conferences like that one, working with JV in Poland to share how Christ can rewrite everything. “I want to be discipling people in their healing of brokenness…. This is true healing: Not just Jesus be my Savior, but Jesus be my Lord.”

Click here to listen to a song Maja wrote and recorded with her band.

We praise God for what He’s doing in and through Maja and pray that He would continue to rewrite the stories of young people in need of Him here in Central and Eastern Europe. 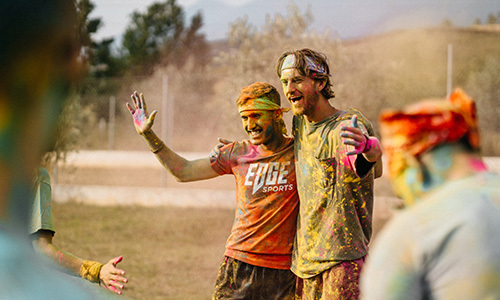 Do you remember a time in your life when God led you down an unexpected path? Maybe you already had in mind exactly the way you thought he’d... Read more 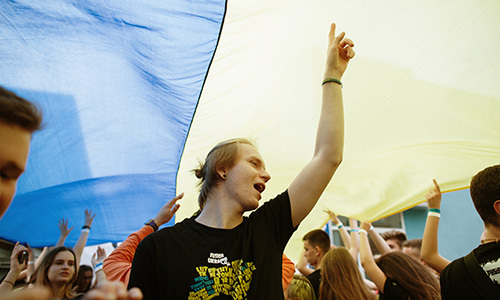 Dear Friends, How do you process the trauma of war? When young people have to flee from devastated towns and cities, relocate to new... Read more 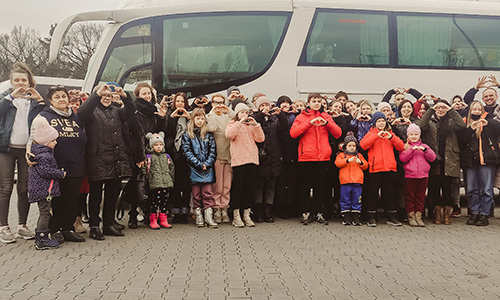 Dear Friends, Ben and Kristy are members of our team, but they are also refugees. In the first days of the war against Ukraine, they crossed... Read more